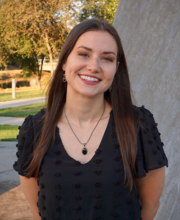 Political Orientation and Health Behavior: A Meta-analysis: Prior research has revealed people who are liberal report poorer health status than people who are conservative. Given the links between political orientation and health outcomes, researchers have sought to explore why we see divergent health outcomes for conservatives and liberals. One possible explanation is differences in participation in health promoting and health risk behaviors associated with health outcomes. To further investigate this possible explanation, we are conducting the first meta-analysis that evaluates the association between political orientation and engagement in health behaviors broadly.

Athletic Identity and Risk Behavior: In collaboration with the Social Identity lab at Humboldt State University, this ongoing study investigates the relationship between athletic identities and health risk behaviors. Through the lens of Uncertainty Identity Theory, we investigate the association between role conflict, identity concealment and health risk behaviors (e.g., binge drinking, smoking) among student athletes.